Città d’Italia at HorecaEvenTT 2019: Italian taste for the conquest of the Netherlands 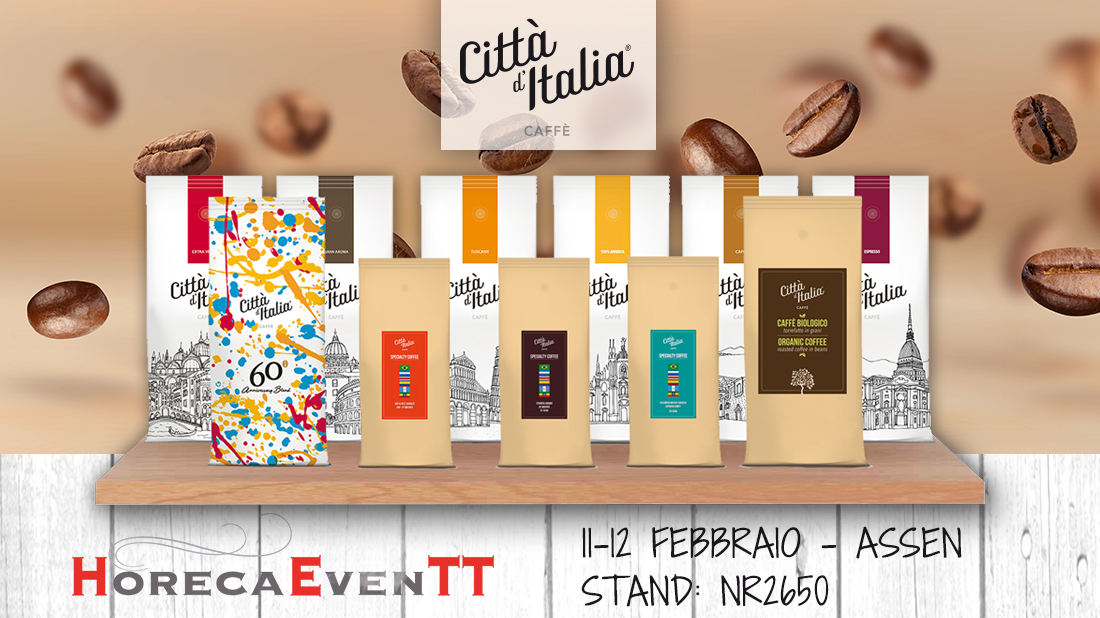 Holland is a nation that is very sensitive to the taste facets of coffee and probably it derives from its cultural heritage. In fact, in the seventeenth century, when trade, science and the Dutch arts reached the peak of fame, Amsterdam was the most famous harbor for the tea and coffee trade, so as to establish a connection between the Netherlands and the two drinks that still continues today.

For these reasons, in a context where coffee is an integral part of the national culture, Caffè La Messicana has chosen to attend at HorecaEvenTT, one of the biggest Ho.re.ca trade show, where industry’s experts will have the opportunity to experiment, enjoy and share, new experiences.
Scheduled in Assen from 11 to 13 February, the 12th edition of HorecaEvenTT, represents one of the most prestigious events for the Northern European market in the field of food service and recreation. An important opportunity for visibility that La Messicana has chosen to share with De Koffie Winkel, the coffee specialist in the Netherlands.

HorecaEvenTT is an annual trade show with a prominent position in the domestic calendar and boasts a presence of over 450 firms offering products and services for the catering industry and for large-scale consumption. A scenery of excellences that looms very interesting, chosen by La Messicana to bring to Assen the most representative Italian taste.

At the booth NR2650 you can taste the entire line Città d’Italia, the excellence brand with an iconic packaging that reproduces the stylistic and architectural motifs of the main Italian cities. Under the spotlight there is also the Anniversary Blend, a tribute to the 60-year activity of the company, which stands out for its sweetness, balanced sourness and full body.
Finally, in an international showcase we cannot miss the Organic Blend, the result of an accurate cultivation and selection of the best coffee beans coming from India and the Peru’s highlands, for an intense, fullbodied taste and an incomparable creaminess. Caffè La Messicana Piacenza is also confirmed in this occasion as a reference brand to export the taste and value of the Made in Italy in the world.